"This looks so good, and can't wait try it (with my daughter-in-laws help ). Can you tell me about how many this will serve? Thanks for any help you can give me. Have a wonderful and blessed day."

"Do you happen to have Paneras potato soup?"

"Love to get a restaurant in Pensacola Fl soup kitchens potato Gouda ."

"when I tried to read this recipe it denied me, for not being ivited to read."

"This looks wonderful. Can you be more specific with amounts?" If you love the hit British television show, Downton Abbey or vintage recipes, then you will love this cookbook. The cookbook is filled with old-fashioned recipes inspired by the TV show. Every course of dining is covered and there are even recipes fit for a day in the life of the "downstairs" staff. The introductions and writing connect all the recipes to their place historically and in the show.

All the recipes in this cookbook have fun names that play off the television show. Every character has their say on what makes good food, even the maids and servants. Some recipes like, The Crawley Sisters' Stuffed Mushrooms (page 22), are common foods we see on tables today, other recipes like, Regal Veal Prince Orloff (page 88), are less often seen on modern menus. There are plenty of everyday recipes mixed with dishes you would only make for a special event. The cookbook also features suggested pairings, historical tidbits, and rules of etiquette. If you are interested in early 20th century cuisine and history, then you will be enthralled by every page and word.

Recipes from this cookbook can be made for a variety of occasions. Hosting a Downton Abbey viewing party? Then these recipes will be a huge hit. This cookbook also makes a great gift for a wide variety of recipients. The television show, Downton Abbey, is beloved by many people, young and old, and people from all walks of life will enjoy this cookbook. 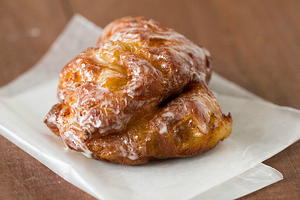