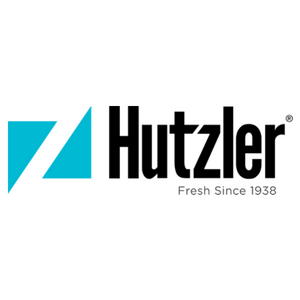 Hutzler Manufacturing Company Inc. has been in business in the United States as producers of high quality plastic housewares since 1938. They look back however, to the year 1902 when Ludwig Hutzler started the production of metal housewares in Germany. His son, Lothar Hutzler, founder of Hutzler Manufacturing, immigrated to the United States and took with him the experience he learned from his father.

As they say, necessity is the mother of invention. When metal supplies were scarce during World War II, Lothar Hutzler became a pioneer in plastic housewares. The very first products produced were plastic cookie cutters, plastic measuring spoons and plastic funnels... all of which are still part of the product assortment today. In 1947 Hutzler purchased a 10,000 sq. ft. building in Long Island City, NY and later added additional warehouse space. During these years, Hutzler grew and expanded its product line.

In 1966 Hutzler began molding utensils and mixing bowls from Melamine, the highest quality plastic available. Until this time, melamine had never been used for this purpose. Hutzler's Danish Design 6-Pc. Melamine Serving Set was awarded the Housewares Design Award in 1968 as selected by the National Design Center Board of Design. These melamine utensils have also been exhibited in the Museum of Contemporary Crafts in New York City, the Philadelphia Museum of Art and a 2-year traveling exhibition under the auspices of the Smithsonian Institute. Today you can see these same designs copied but not duplicated by manufacturers from all over the world.

In the 1970's Hutzler made the engineering breakthrough that fiberglass can give additional strength that is lacking from traditional nylon. They used this knowledge to produce Fiberglass Reinforced Nylon Utensils which are still used daily by McDonalds, Burger King and Pizza Hut.

In 1977 Hutzler moved its facilities to a 10 acre site in Canaan, CT in the heart of the Berkshire Mountains. This is still where we they are today.

The 1980's saw the start of the gourmet industry. With that in mind, Hutzler designed and created a line of very unique baking gadgets which received great acclaim as they worked effortlessly and made baking so much easier: the Easy Action Cookie Press®, the Fun Gun® food decorator, and the Quick Whip® whipped cream and milk frother. Additionally, in 1980, in order to serve the needs of the growing specialty retail sector, Hutzler created a new division called Gourmac, the gourmet merchandising specialists.

The 1990's brought enormous expansion. In addition to packaging, warehousing and shipping, Hutzler began to mold in-house. They became fully computerized, adding EDI and an in-house art staff. And, they built a new warehouse. The 1990's also brought Hutzler full circle back to its roots of metal housewares with the acquisition of the Progressus Company, a leading manufacturer & importer of quality wood and metal housewares.

In our current decade, Hutzler all but created a new kitchenware category: The Saver. Hutzler’s Onion Saver™ Tomato Saver™, Pepper Saver™, Lemon /Lime Saver™ and Garlic Saver™ are sold around the world from supermarkets to catalogs to high-end gourmet stores.

Throughout these 70+ years, Hutzler has remained a family owned and operated business. Lothar's son, Lawrence is the President and CEO of Hutzler Manufacturing Co.. His daughters, Tammy and Lillian, run Gourmac and Progressus respectively. Hutzler relies on a knowledgeable and dedicated staff that includes a number of Lothar's grandchildren as well as employees who have been part of the Hutzler family for decades.

Hutzler is constantly innovating and making use of all that technology has to offer. They are dedicated to providing quality housewares that enhance and simplify life. Although the Hutzler name has kept a low profile over the years, their products have not. They distribute worldwide and live up to their reputation for outstanding quality, design and service. 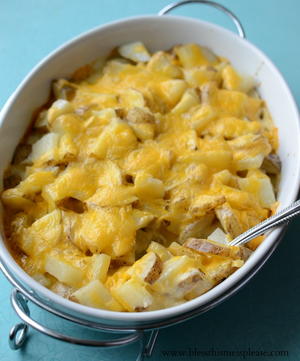 There is nothing more satisfying at the end of a long day than some potatoes au gratin to indulge yourself in. These perfect Copycat… See more Continue reading: "Copycat Pioneer Woman Au Gratin Potatoes"